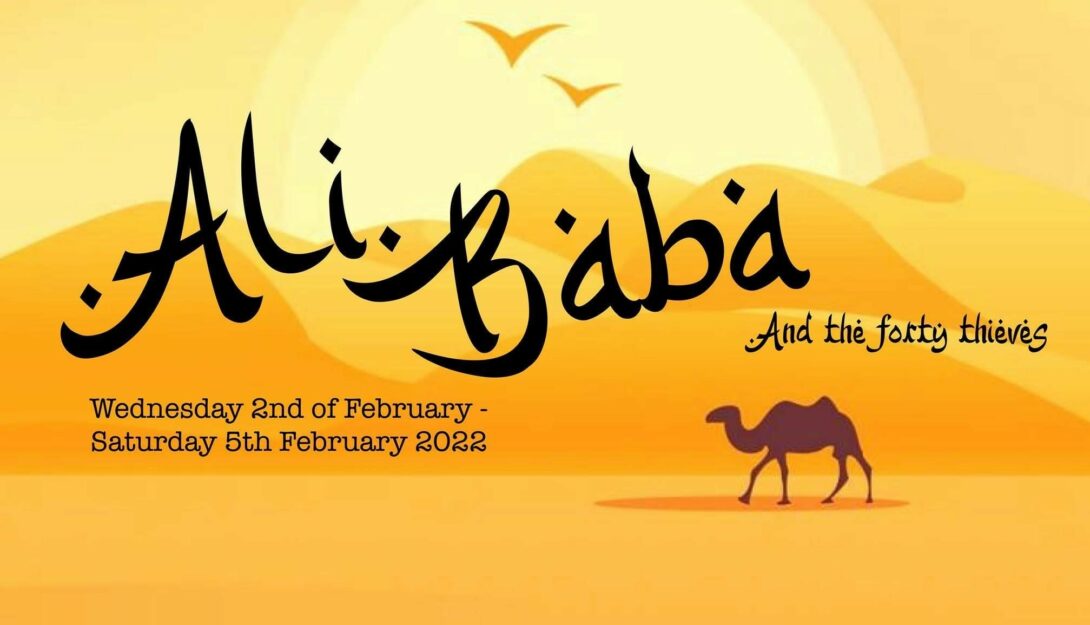 Tales from the Arabian Nights are magical and mysterious with Ali Baba and the Forty Thieves being one of the best. Bridport Pantomime Players are really looking forward to the first week in February 2022 when they will be staging this show here at the Electric Palace, Bridport.

Ali Baba is played by Cameron Love, making his debut with the Players, who adores Princess Haya Justine Gawen, daughter of the royal Sultan Teresa Grinter and the even more royal Sultana Amy Carlile.
Ali’s Mum is Dame Barbara Baba, played with gusto by Greg Horton, and playing the part of his cheeky brother Cassim is Amy Day.

As in all good pantomimes there has to be a ‘baddie’ so enter the Vizier stage left nastily portrayed in a double role by Ross Hughes, plotting and scheming with the thieves.

Sadly costumes were in short supply for as many as 40 thieves and there would not have been enough stage space for that great number, so auditions took place together with both stage and screen tests, and the thieves were whittled down to just two – 39 and 40, ably undertaken by Jess Goldstone and Hatti Amos.

Helping to thwart the Vizier and his evil plans is Morgiana Alice Tuck devoted handmaiden to the Princess, and to keep an eye on all that is good is the Spirit of the Sands, Kwant Gardner a newcomer to pantomime.

But none of the adventures would be possible without the help of Colin the Camel who keeps everyone and everything in order without putting one of his four feet wrong. Stepping out in the front half is Olivia Grinter but the rear half is a tad shy about being known as the back end of a camel.

Together with a great chorus, superb costumes, magnificent lighting and supersonic sound effects, make sure you book your flight on the magic carpet and fly off to the Electric Palace to see this pantomime which is guaranteed to be full of eastern promise.