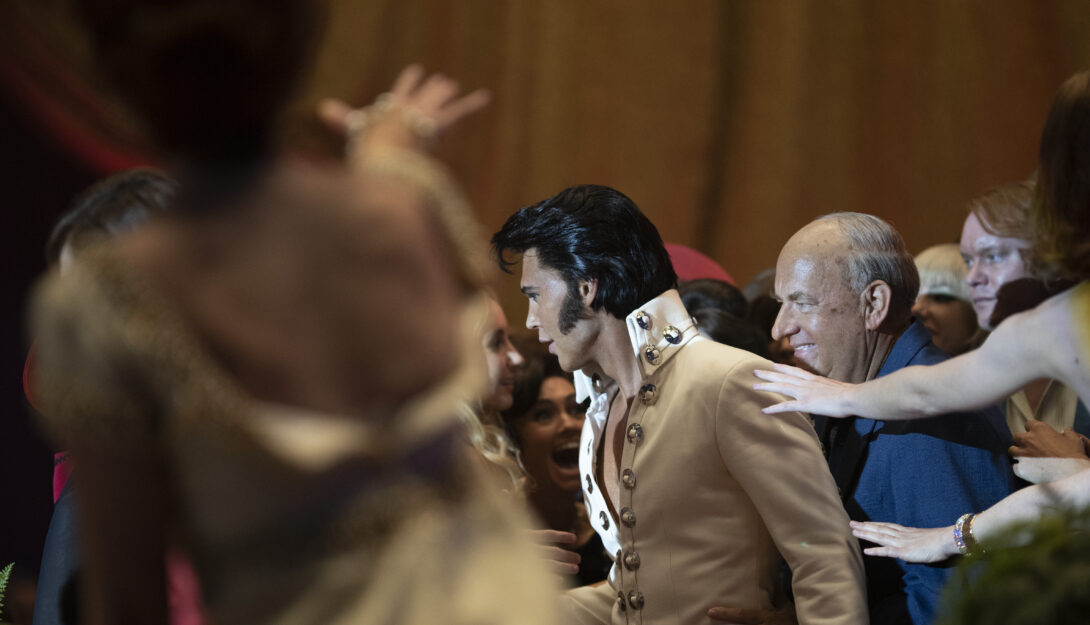 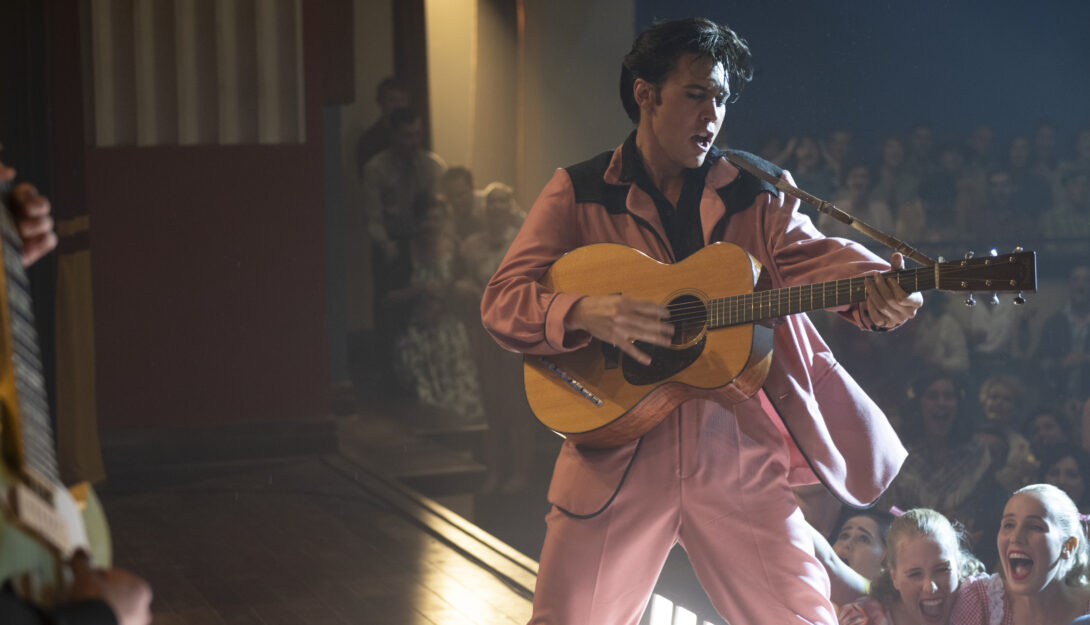 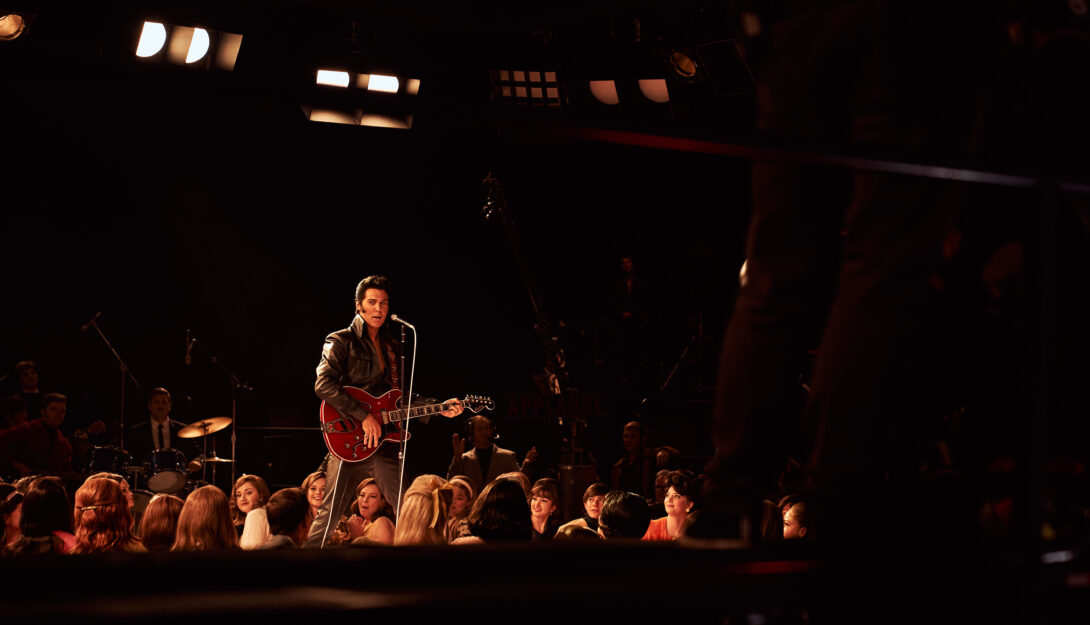 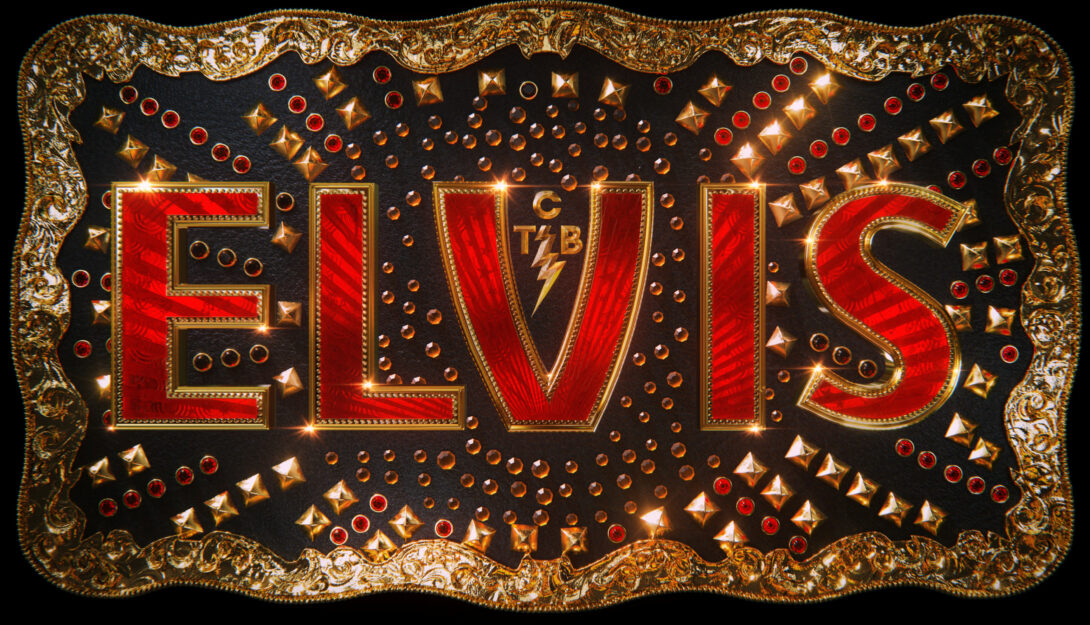 The Man. The Legend. The King of Rock & Roll.

A thoroughly cinematic drama, Elvis’s (Butler) story is seen through the prism of his complicated relationship with his enigmatic manager, Colonel Tom Parker (Hanks).

As told by Parker, the film delves into the complex dynamic between the two spanning over 20 years, from Presley’s rise to fame to his unprecedented stardom, against the backdrop of the evolving cultural landscape and loss of innocence in America.

Central to that journey is one of the significant and influential people in Elvis’s life, Priscilla Presley (Olivia DeJonge).

★★★★★ The Observer
With electrifying performances from Austin Butler as Elvis and Tom Hanks as Colonel Parker, Baz Luhrmann’s whirlwind biopic is cinematic dynamite

★★★ Empire
Austin Butler is sensational as Presley. He convinces at every age, from teen to 42.

★★★★ The Evening Standard
Austin Butler, this snake-hipped singer has a hit on his hands

“Blistering, turbocharged chronicle of the King”