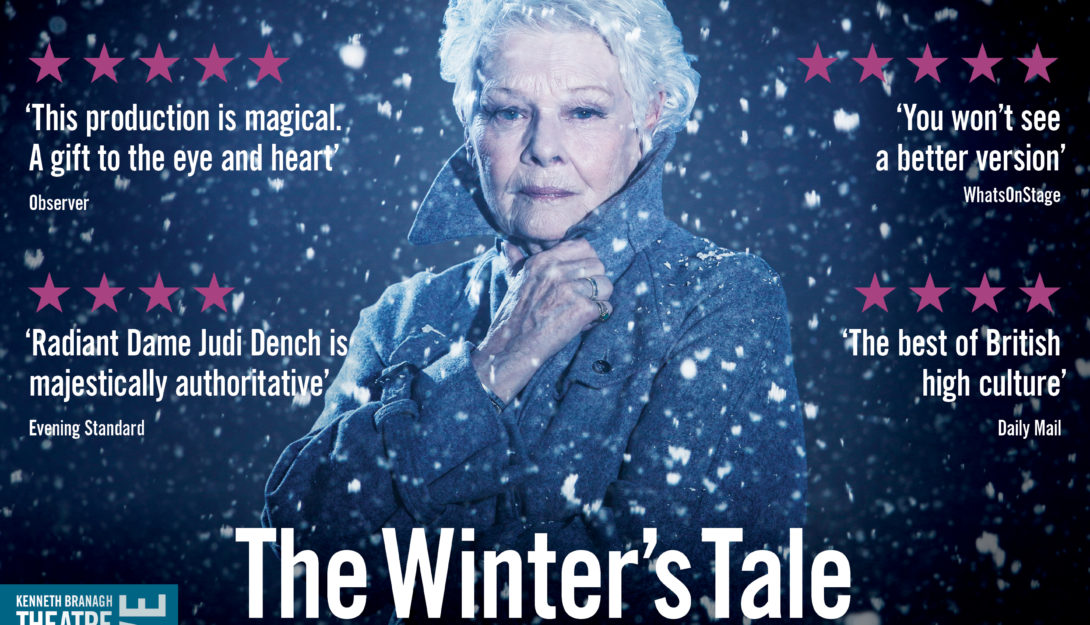 The silence often of pure innocence persuades when speaking fails.

Due to phenomenal demand, The Winter’s Tale, Shakespeare’s timeless tragicomedy of obsession and redemption, returns to cinemas this festive season.

King Leontes appears to have everything: power, wealth, a loving family and friends. But sexual jealousy sets in motion a chain of events with tragic consequences…

This critically acclaimed production was the first in the hugely successful Kenneth Branagh Theatre Company Live season that was broadcast to cinemas from London’s Garrick Theatre over the course of a year in 2015.

READ MORE about the original production

★★★★★ The Telegraph
“Dame Judi’s powers remain undimmed, but at 80, an elegiac quality hangs around her every utterance”