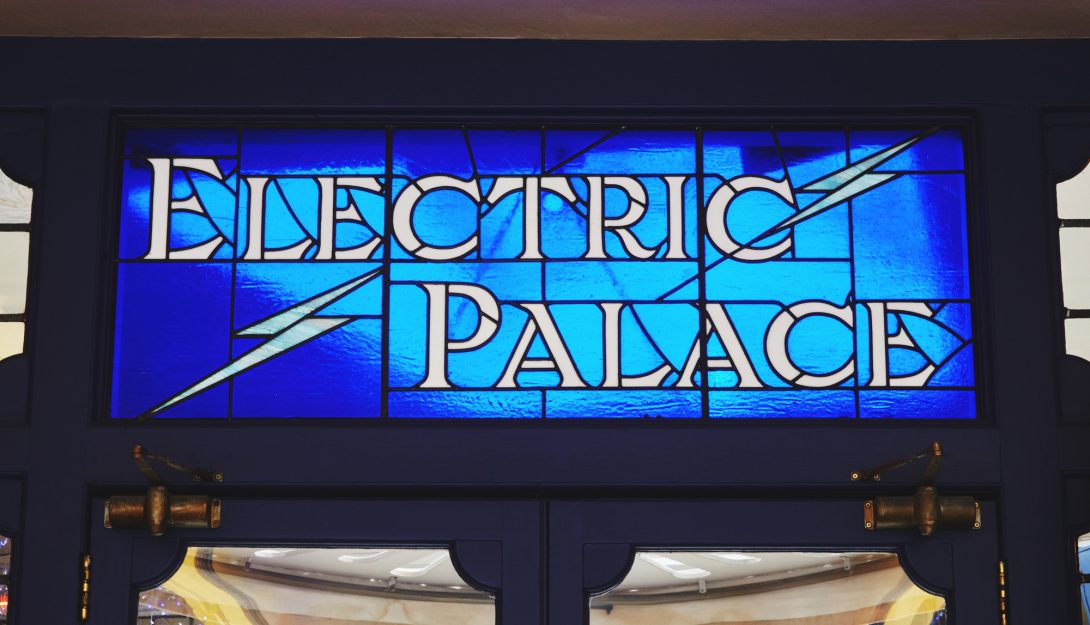 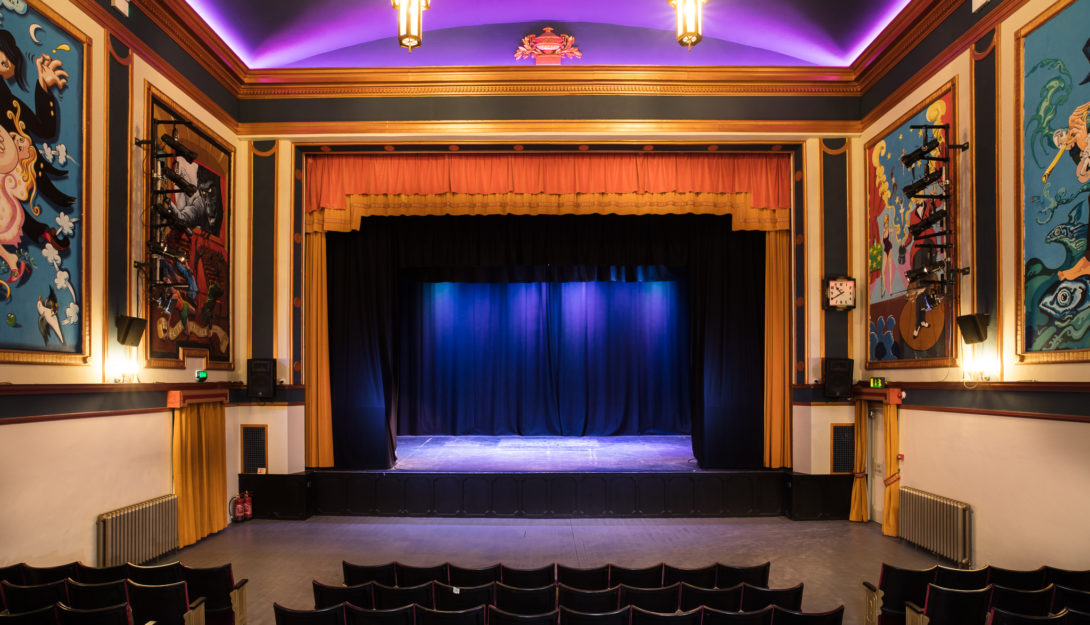 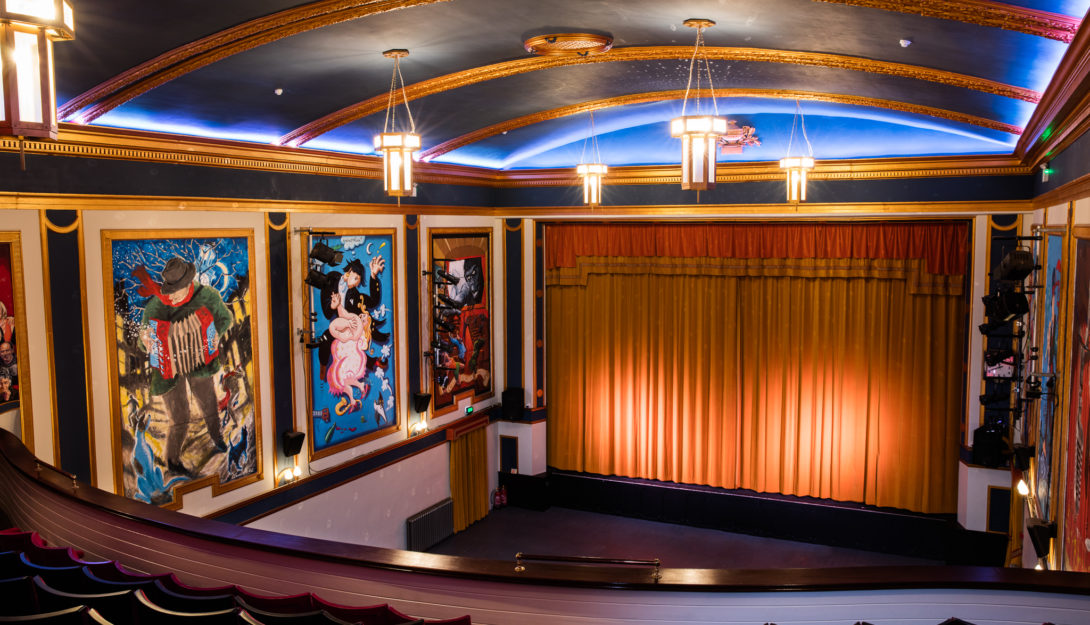 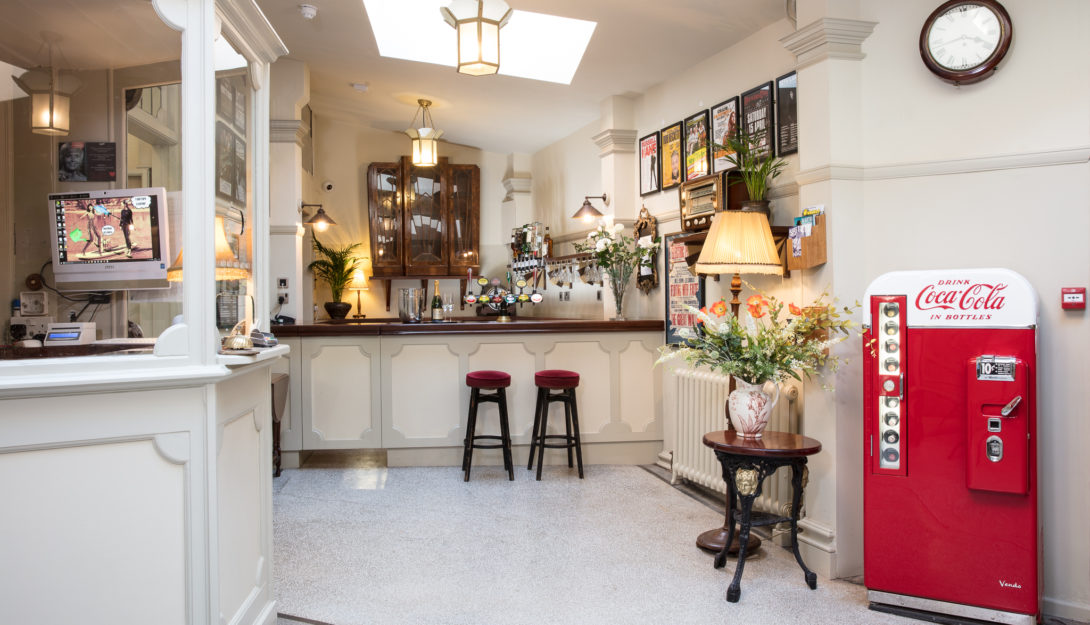 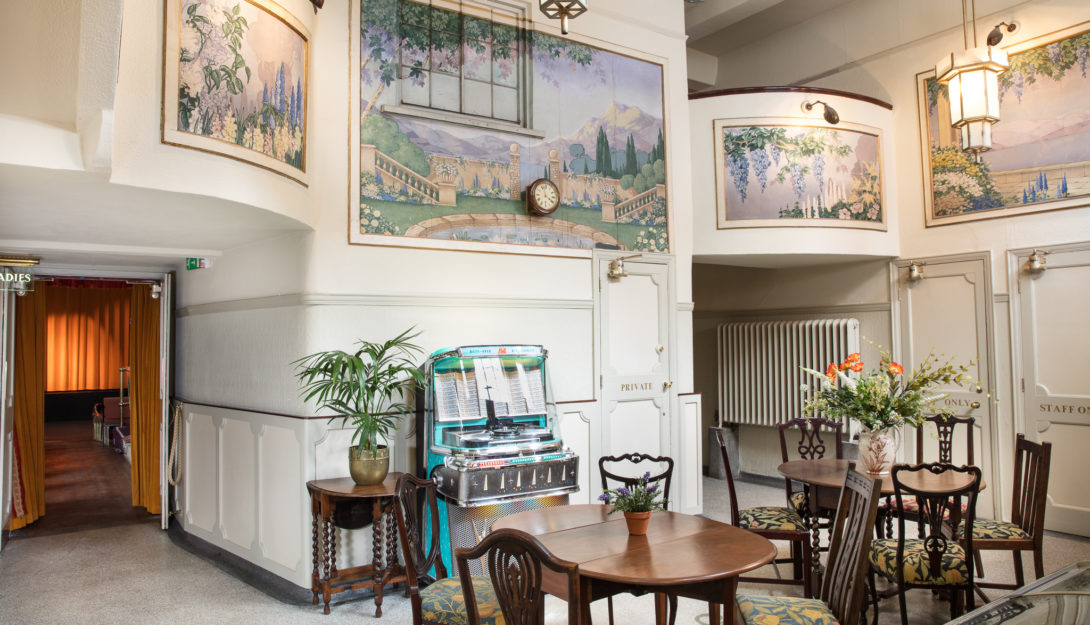 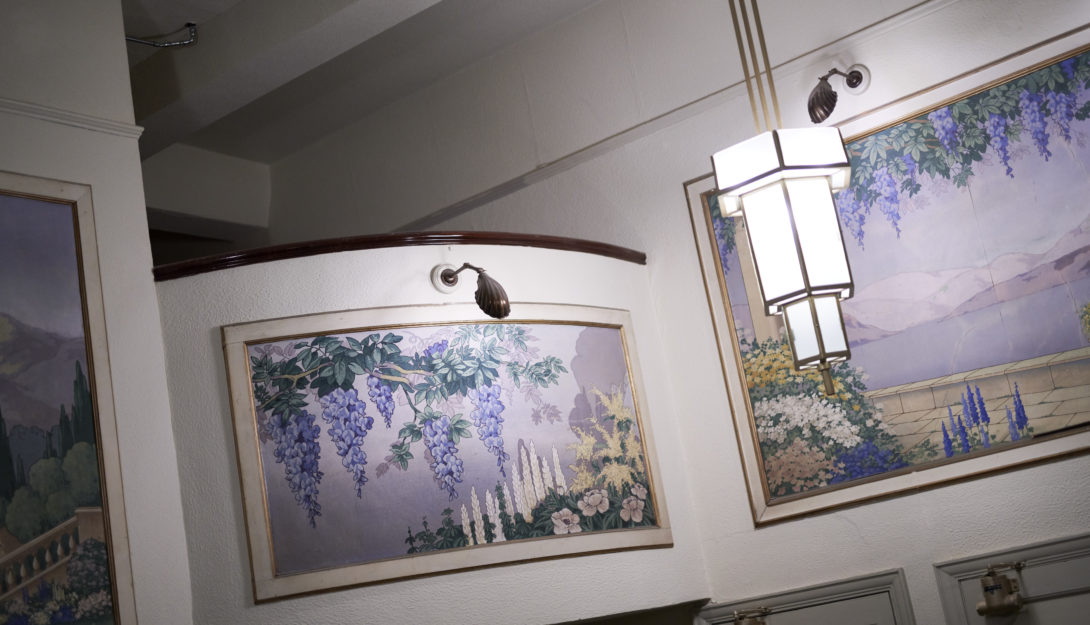 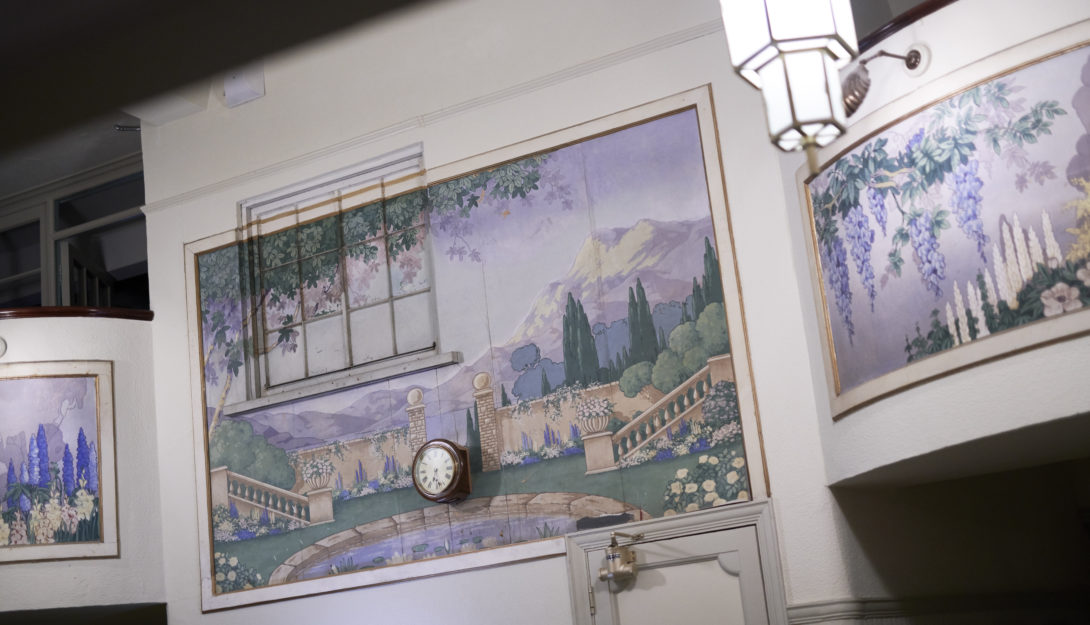 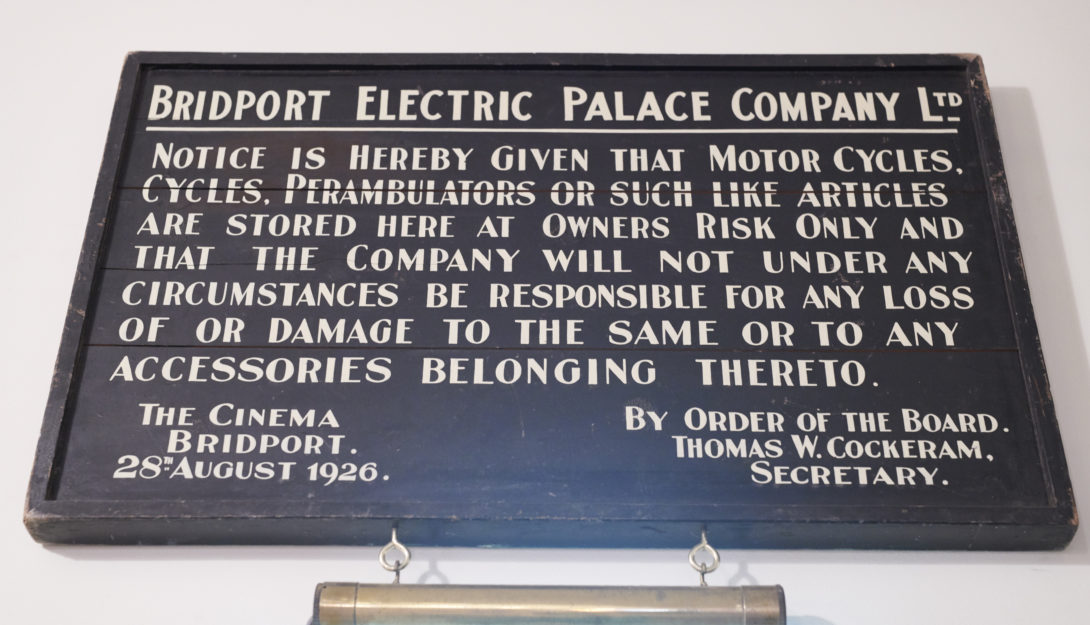 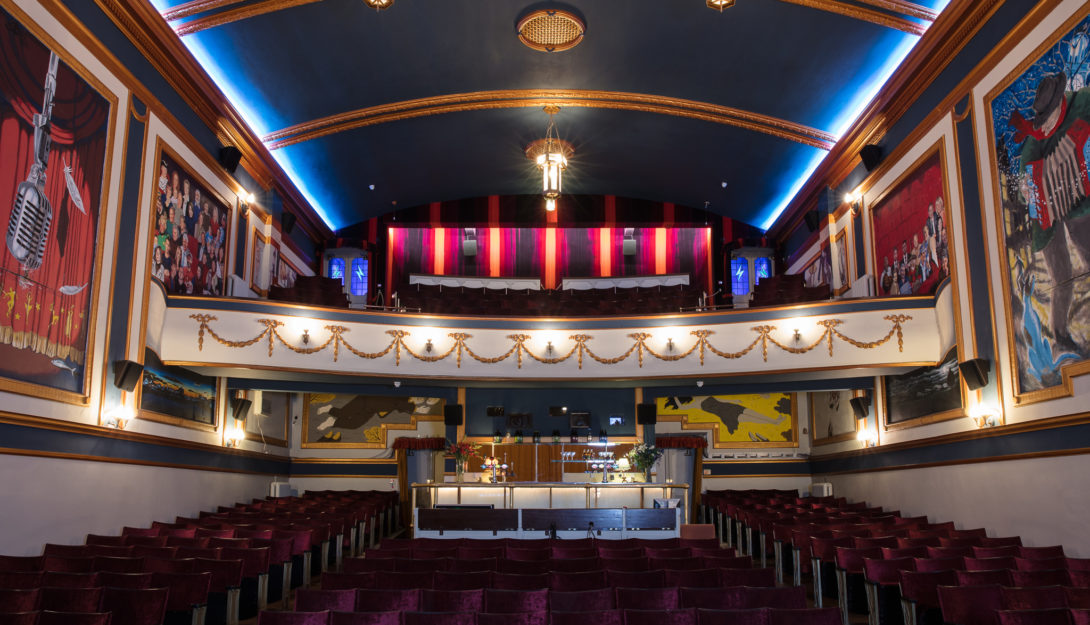 In 1926 a local brewing family, J C & R H Palmer, took the courageous and enterprising step to build an opera house in Bridport.  A new venture in every way, but particularly because it was powered by electricity, a rare commodity for many at the time. Generating its own power in the engine room at the rear of the building, it enabled the people of Bridport to experience the wonder and glamour of the new age of cinema, as well as opera and other stage shows.  It opened on June 14th 1926 to a packed audience of over 500 people and was appropriately named The New Electric Palace. It has been at the heart of the community ever since.

Bridport is fortunate to have not only a cultural gem, but an architectural one too.  The building retains many of its original features in the Art Deco style. These include the hanging lamps in the foyer and auditorium, the plush red velvet tipping seats and the moulded swags, and torch lights which enhance the sweep of the balcony. But the centrepiece of the building is the collection of stunning “art deco” style murals. These decorate the foyer, stairs and landing and were designed and painted in 1936 by George Biles, the local brewery sign writer.

The Electric Palace has been operating almost continuously since 1926. It has recently undergone extensive renovation retaining and enhancing the original features. The structural integrity of the building has been improved and the cinema technology, stage equipment and other facilities have been brought into the 21st century. It is still owned by a local family, and the building continues to provide first-class film and live entertainment for the people of Bridport, West Dorset and beyond.