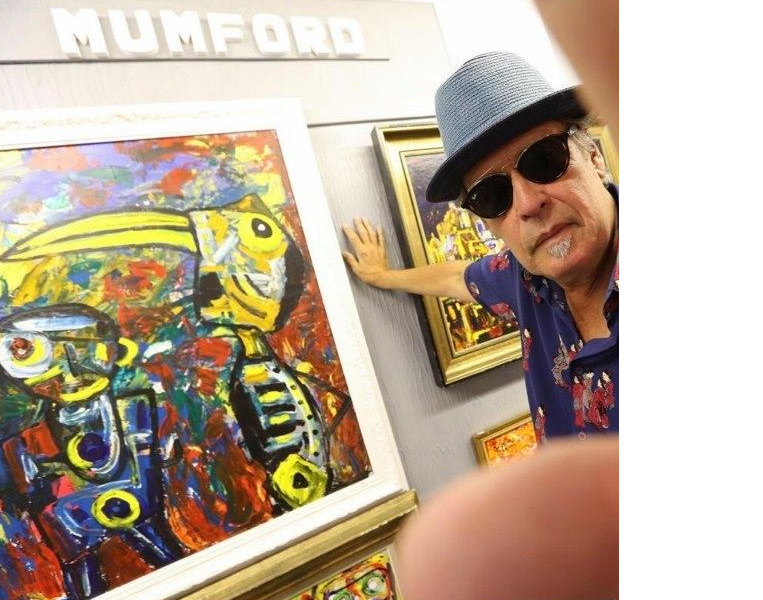 An Evening with Billy Mumford

An informal evening with the world’s most prolific reformed art forger Billy (the brush) Mumford.

Coincidentally taking place on the anniversary of the Storming of the Bastille when the revolutionaries released everyone except for murderers, madmen and 2 artists, yes the French are funny about their art.

It is also the anniversary of the death of Billy the Kid on the evening of Billy the Brush and his crimes against the art world.

You are invited to attend a gentle evening with a gentle man of the art business.

Billy Mumford is a one-of-a-kind folk hero who exposed the inadequacies of the giant art auction houses by fooling them into accepting over 1000 of his forgeries. He exposed their greed and ability to be less than diligent when large sums of money were at stake.

Billy comes from the poor backstreets of post-war London where food and opportunities had to be struggled for and grasped with both hands.

Billy is a humble, unassuming man who is generally reclusive and has a demanding work ethic painting from 5 am to 5 pm daily without fail.

During over 50 years of forging, Billy’s art has passed through auction houses from London to Dubai and New York to Paris. He has left those auction houses scared and scarred resulting in his being banned from most of the major auction houses worldwide, not bad for a little old cockney Jew of 73.

Unlike professional speakers whose rhetoric is eloquent and theatrical, Billy has only spoken to a couple of small gatherings. His admirers requested that he step out of his safe place and share his personal stories with an adoring and growing band of people who have both enjoyed and invested in his work.

Visitors to our gallery here in fabulous Bridport become captivated by the mystery of this ‘David’ who stepped up against the mighty Goliaths of the art sales world and left them cowed and humiliated.

This evening will be moments of sadness and mirth delivered in the quiet tones of a truly talented and humble individual. Billy wants his work to be enjoyed by ordinary folk who could never dream of owning the million-pound originals whose prices are set by the cartels of the art world.

Outlandish prices at auctions ensure that only the rich can bask in the beauty of the fantastic masterpieces produced by the world’s biggest names in art. To this end, Billy will be issuing a £50 voucher with every ticket which can be redeemed here in Bridport at Global art gallery when purchasing any piece of his art priced over £300.

At the completion of the first half of the talk, there will be an auction of one of Billy’s works with the proceeds donated to the Dorset Police welfare fund.

There will then be a chance to ask Billy the questions that you will doubtless wish to pose. Question slips will be available in the foyer prior to the talk and will be selected randomly as time permits.