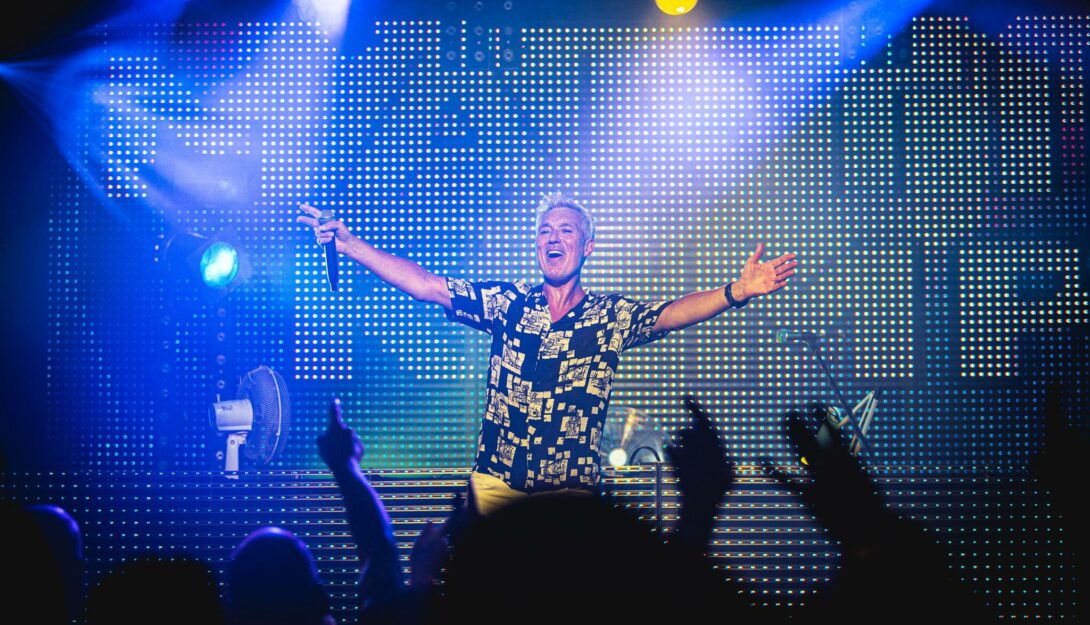 The Spandau Ballet sensation, recently unveiled as starring in the Bath based drama McDonald & Dodds & host of ITV’s ‘Martin & Roman’s Sunday Best’ will be returning to the Electric Palace!

The night will take you on another unforgettable journey back to pop music’s greatest ever decade.

Setting a course for the untouchable Eighties, where discos were dominated by pop’s finest pedigree,  from: Duran Duran to Chaka Khan, George Michael to Michael Jackson, Spandau Ballet and beyond; Martin Kemp’s Back To The 80s will take you on a whistlestop tour through all of the era’s most electrifying pop moments… and back again.

A new DJ show with Martin Kemp at the helm, ‘Back To The 80s’ is fast gaining a reputation as the nation’s favourite eighties-themed night. Renowned for its roaring mass-singalongs and ecstatic atmosphere, press and public alike have been praising this show, with the Express & Star hailing: “It could have been a school disco back in the 80s – with the added bonus of a bar and the man spinning the hits being a member of one of the biggest pop bands of that decade… fantastic.”

Martin Kemp’s band ‘Spandau Ballet’ sold millions of records worldwide, topping the charts around the globe. If you remember the music of the 80s, you KNOW Spandau Ballet!

Most recently seen on Channel 4`s Goggle Box with his Capital Radio DJ son Roman + Celebrity Island with Bear Grylls, Martin and Roman’s Sunday morning TV show. Martin Kemp continues to have a truly distinguished career. Since his role in the global success of Spandau Ballet, he has played lead roles in likes of The Krays and Eastenders plus Starring in Gary Barlow`s Let it Shine.

Join Martin as he trades his bass for the decks and spins the biggest and best hits from the 1980’s! An Unstoppable Singalong!