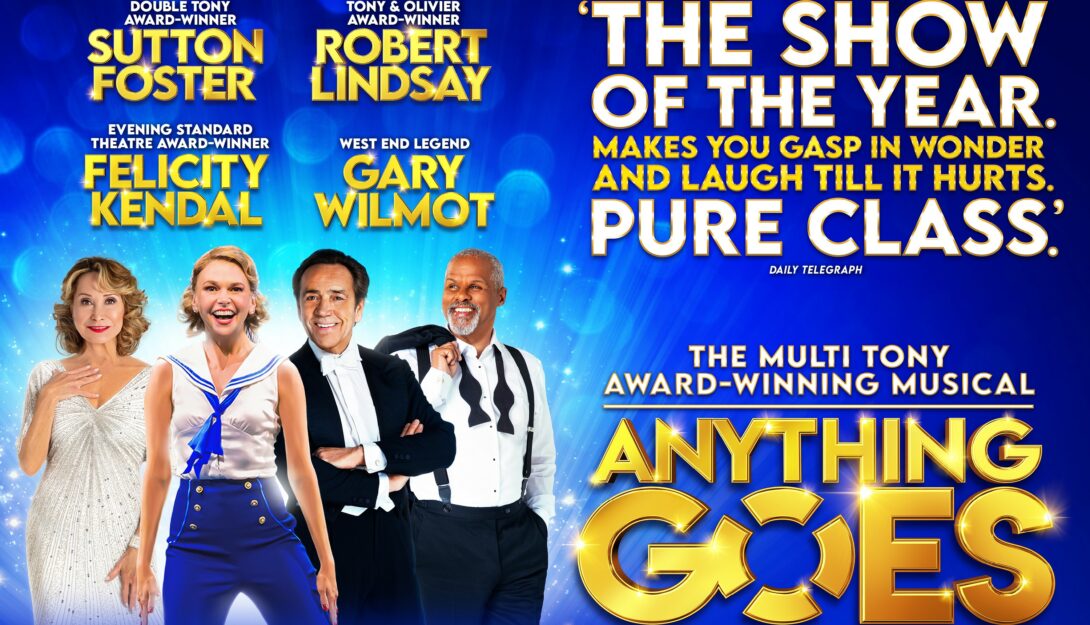 Will take you back to the Golden Age of high society on the seas.

This delightful, delicious Cole Porter musical from 1934 is as buoyant as helium, and introduces London audiences to the slinky, hot-shoe oomph of Sutton Foster.

The actress won her second Tony award playing nightclub singer Reno Sweeney on Broadway and stepped in when Megan ‘Will and Grace’ Mullally withdrew from the part here.

A breathtaking, tap-dancing rendition of the title song, bringing act one to a close, also brought a packed Barbican to its feet.

The plot centres on junior broker Billy Crocker’s attempt to pry debutante Hope from her aristocratic fiancé, on a cruise ship from London to New York.

There are shenanigans involving her mother (Kendal), Billy’s plutocrat boss (Wilmot) and a gangster (Lindsay), with Reno as the grease between all the wheels.

The show brims with the naughtiness and snappy wit of a world struggling back from the Depression and Prohibition.

And it’s packed with transporting, insouciantly clever Porter classics: I Get a Kick Out of You; You’re the Top; It’s De-Lovely.

★★★★★ Daily Mail
‘When a musical packs this much energy and spectacle, nothing else goes!’

“A fizzing tonic for our times.”