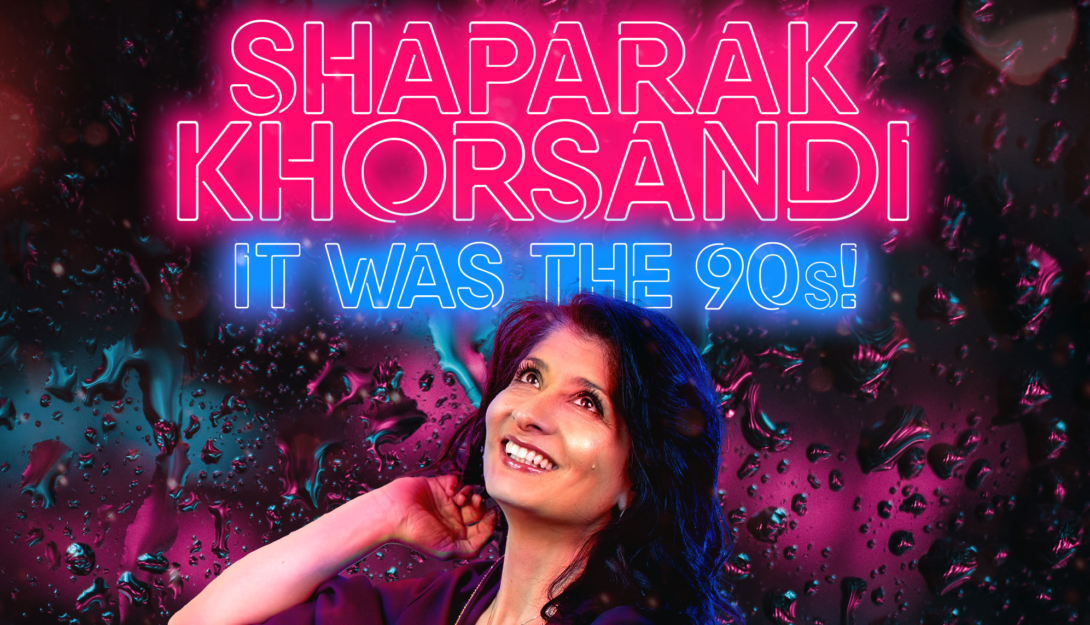 Shaparak Khorsandi : IT WAS THE 90s!

From indie discos to unflattering crop tops…a trip down memory lane to the decade where ‘kinky’ was nurse roleplay and whipped cream, and Shaparak found herself flying about London with hope in her heart, a tenner in her pocket and spare knickers in her handbag. How does the decade of binge drinking and walks of shame look now without snakebite and black tinted specs?

“She has plenty to say, and says it with pointedness and potency”

“Has the crowd in the palm of her hand”