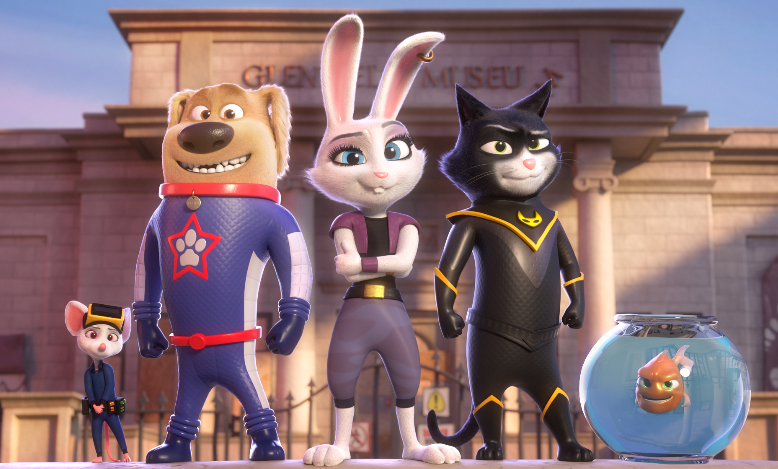 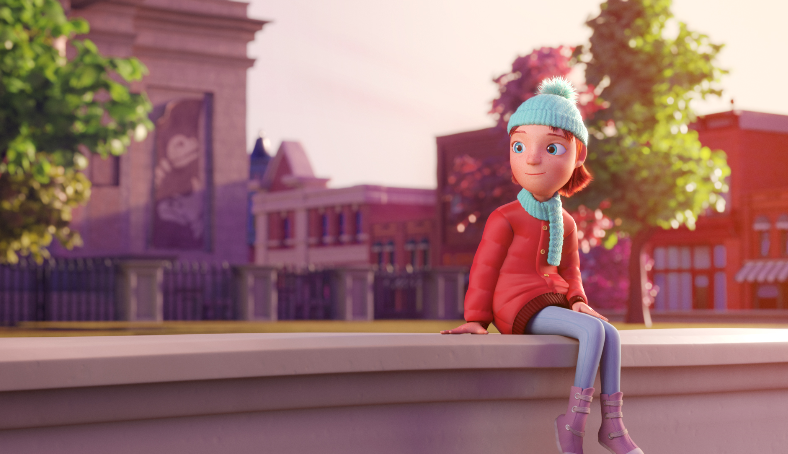 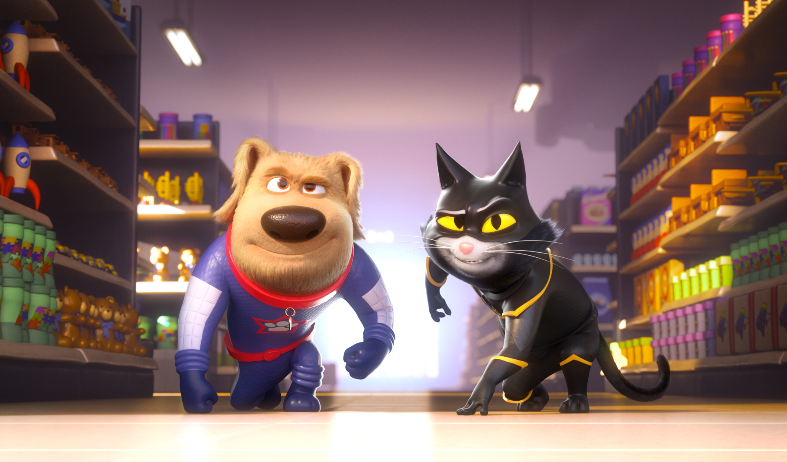 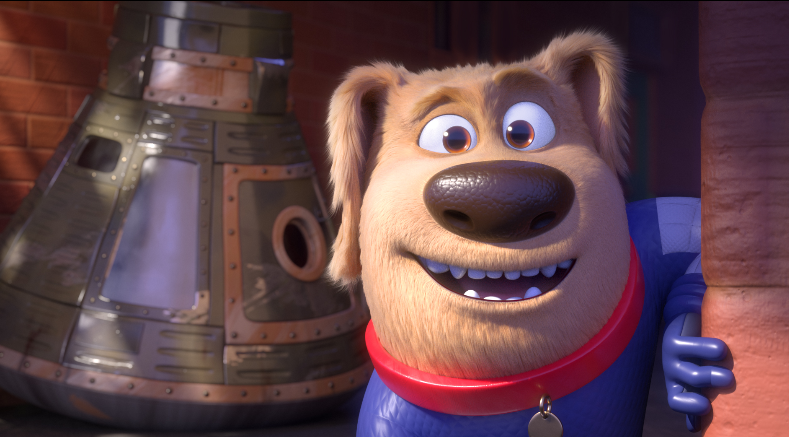 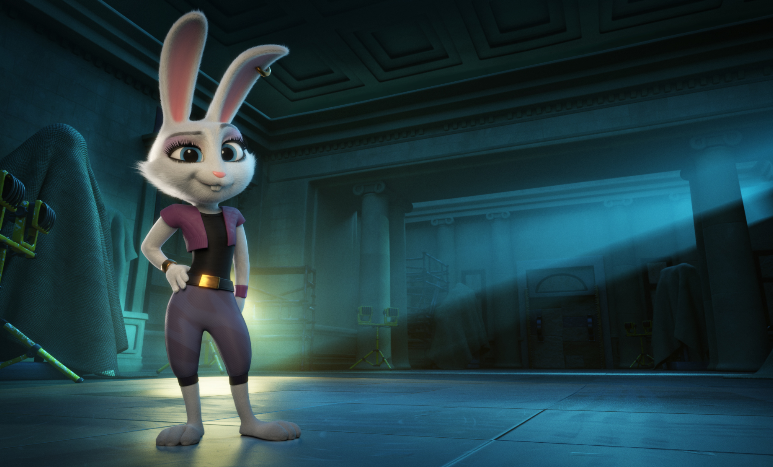 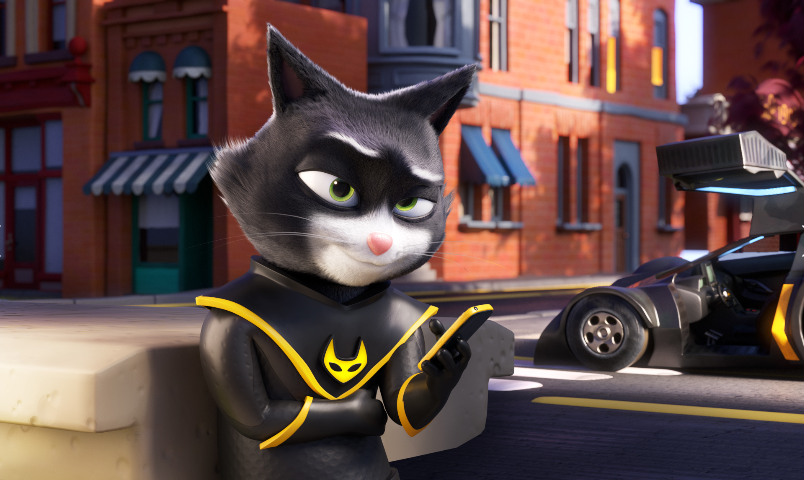 The greatest superheroes ever unleashed!

Launched into space by his scientist owner in 1969, loyal dog Buddy crash lands in the present-day in a small town where pets are ruthlessly rounded up by animal-hating cop Peck. Desperate to be reunited with his owner, Buddy recruits genius millionaire cat Felix to help him on a madcap adventure across town.

But when they encounter rabbit Cassidy and her misfit organisation of animal rights activists G.U.A.R.D., Buddy and Felix are forced to confront Peck and become the heroes they need to be!

Starring Luke Evans, Nick Frost, Gemma Arterton and Bill Nighy, it’s a hilarious animated adventure about friendship, heroism and belief in the human capacity for good that introduces the whole family to the greatest heroes ever unleashed: STARDOG AND TURBOCAT!

The Guardian
A canine astronaut crashes back to Earth 50 years into the future in this….adventure for younger kids