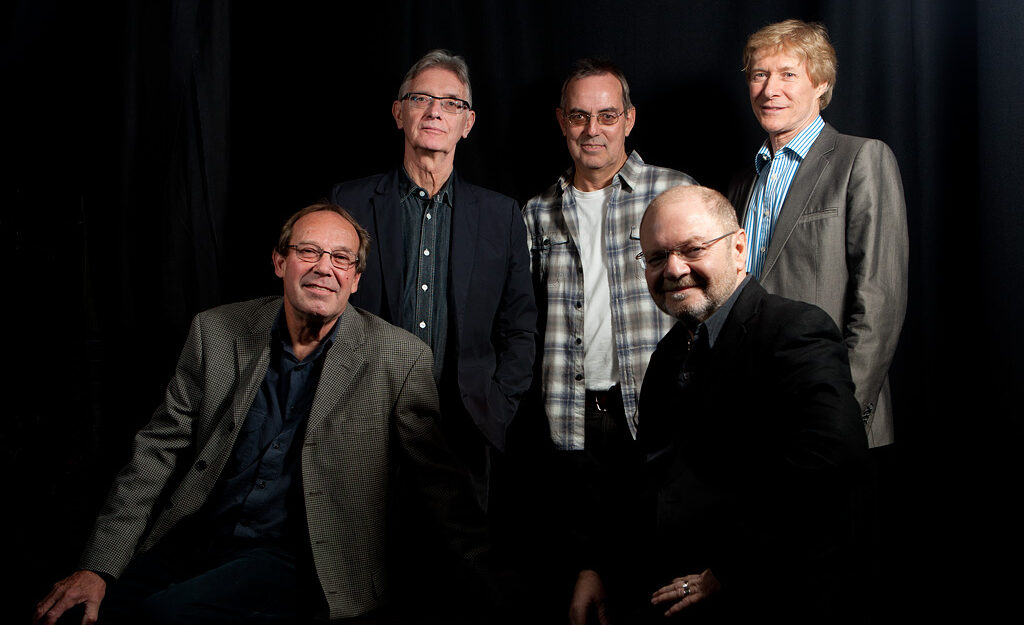 The Blues Band - The Farewell Tour

Over 30 albums, well over 4,000 gigs and 20+ singles and EPs later, The Blues Band train is finally pulling into the sidings. This is their farewell tour.

As live entertainment finally steams out of Covid’s long, dark tunnel, there may be a few carriages missing. In music terms, survival has depended on the durability of the genre. Thankfully, no vehicle is as robust as the reliable goods wagon called The Blues Band.

It is now 42 years since five experienced musicians, no strangers to the pop charts of the 60s and 70s, decided they’d ignore the cultural slurry of disco and the tail-end of punk and throw caution to the wind by returning to their solid roots – The Blues. Harmonica hero Paul Jones, charismatic front man of chart toppers Manfred Mann, fellow Manfred Tom McGuinness, who brought along the other half of top act McGuinness-Flint, drummer Hughie Flint. Completing this seasoned line up was slide guitar virtuoso and powerful vocalist from the John Dummer Blues Band, Dave Kelly, brother to England’s renowned blues singer Jo Ann Kelly, plus the young, experienced and talented bass player Gary Fletcher. Drummer Hughie Flint, once in the ranks of John Mayall’s Bluesbreakers alongside Eric Clapton (check out Flint’s graphic immortality on the ‘Beano’ album cover) left the line-up in 1982 to be replaced by another legend, Rob Townsend, ex Family, Medicine Head  and numerous other top pop permutations.

The idea behind The Blues Band was simple. Five experienced aficionados steeped in the Blues would get together in a pub one night and enjoy themselves. The pub was The Bridge House in London in April 1979. Tom McGuinness recalls “It took us by surprise. You couldn’t park a car within three quarters of a mile from the pub. We didn’t realise until we got there that they were all there for us. The place was packed.” There was a buzz around the band and venues began throwing gigs at them. They recorded a live LP, The Bootleg Album, which was soon selling 5,000 copies per week, and tracks were even being played by Simon Bates on Radio One. Record deals followed. They played everywhere. America, Australia, Europe, Canada, Scandinavia. In 1981 they toured with the Allman Brothers Band, with Dave and Paul sitting in with them some nights on Statesboro Blues.  By 1992 they were touring Europe with Dire Straits. Among dedicated Blues fans what placed The Blues Band ahead of the pack was their musical maturity. For example, Dave Kelly knew Howlin’ Wolf and John Lee Hooker well; he’d toured with them as a sideman, played with Buddy Guy and Son House and even jammed with Muddy Waters in New York, and has recently played with guitar legend James Burton. McGuinness had played host to Arthur ‘Big Boy’ Crudup when he came to England. Paul Jones has played with Memphis Slim. Name a Blues legend and members of The Blues Band could cite a connection.

Although the band are saying goodbye, you can still enjoy their continuing offshoots such as Dave Kelly solo, or Dave with Paul Jones as a highly entertaining and erudite Blues duo. Bassist Gary Fletcher is also a noted songwriter with his own band, Tom McGuinness will no doubt continue writing and recording, a good drummer like Rob Townsend is always in demand. So here’s the last golden chance to experience a quintet whose authentic roots stretch way back before the great British Blues boom of the 1960s. They have kept the flame of a great tradition burning, the result being that the Blues is more popular today than it’s ever been.

This is the rescheduled date for The Blues Band, tickets from the postponed gig on 20th February 2021 remain valid for this date.