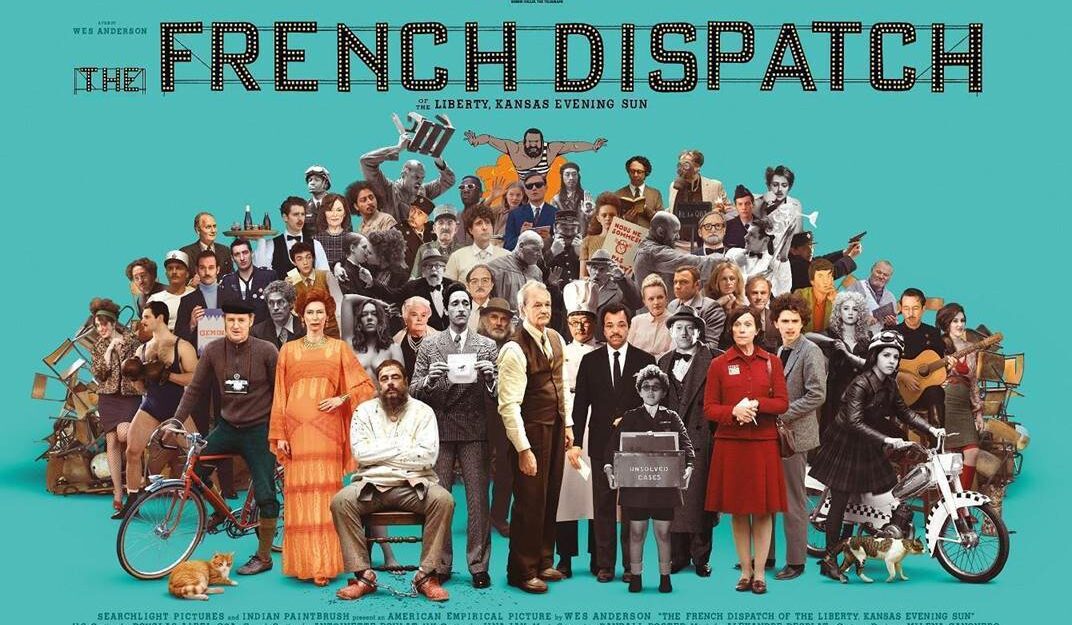 Wes Anderson’s ode to print journalism is a periodic delight

On the occasion of the death of its beloved Kansas-born editor Arthur Howitzer, Jr., the staff of The French Dispatch, a widely circulated American magazine based in the French city of Ennui-sur-Blasé, convenes to write his obituary.

Memories of Howitzer flow into the creation of four stories: a travelogue of the seediest sections of the city itself from The Cycling Reporter; “The Concrete Masterpiece,” about a criminally insane painter, his guard and muse, and his ravenous dealers; “Revisions to a Manifesto,” a chronicle of love and death on the barricades at the height of student revolt; and “The Private Dining Room of the Police Commissioner,” a suspenseful tale of drugs, kidnapping and fine dining.

★★★★★  The Times
‘Another blend of stylised tableaux, esoteric pastiche and deadpan ensemble acting along the lines of The Royal Tenenbaums, The Grand Budapest Hotel et al.’

★★★★  The Guardian
‘Amazing visuals, lots of laughs and an A-list cast – including Bill Murray – make Anderson’s tribute to the New Yorker a real treat’