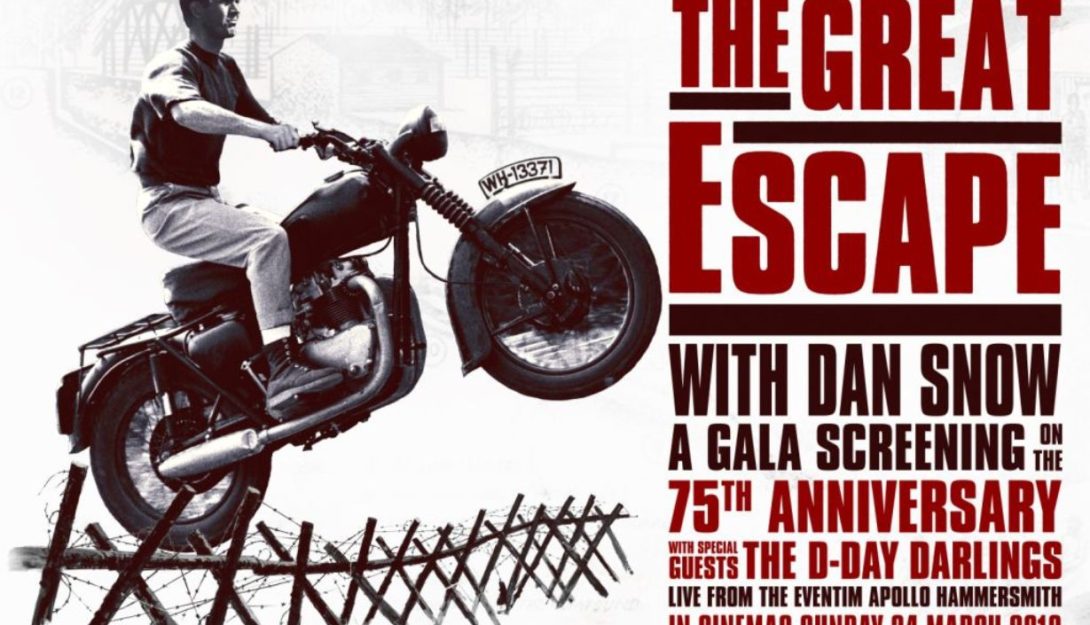 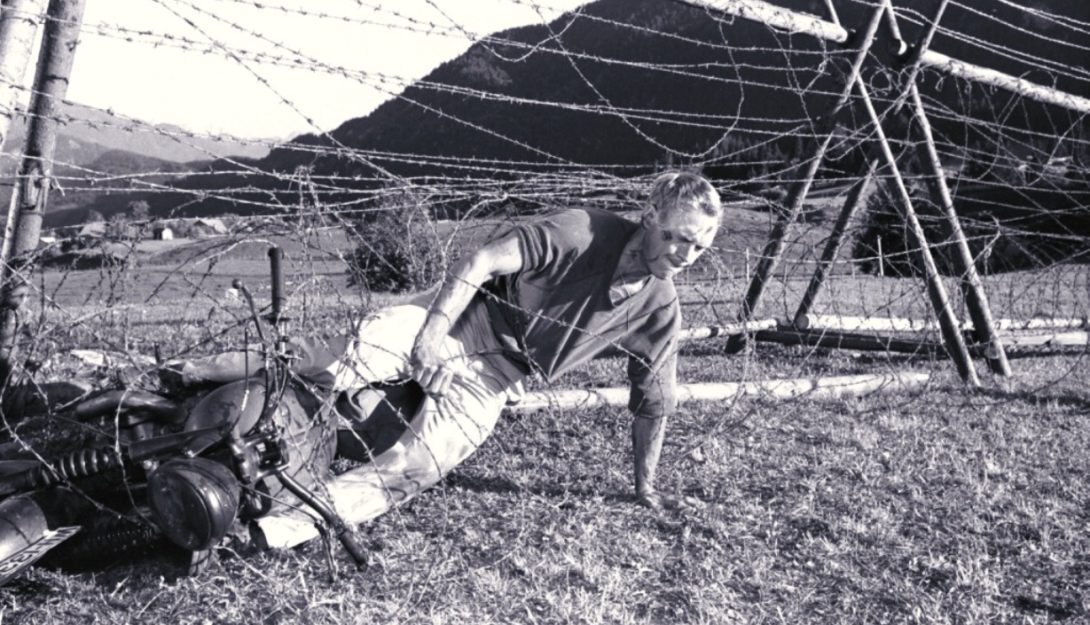 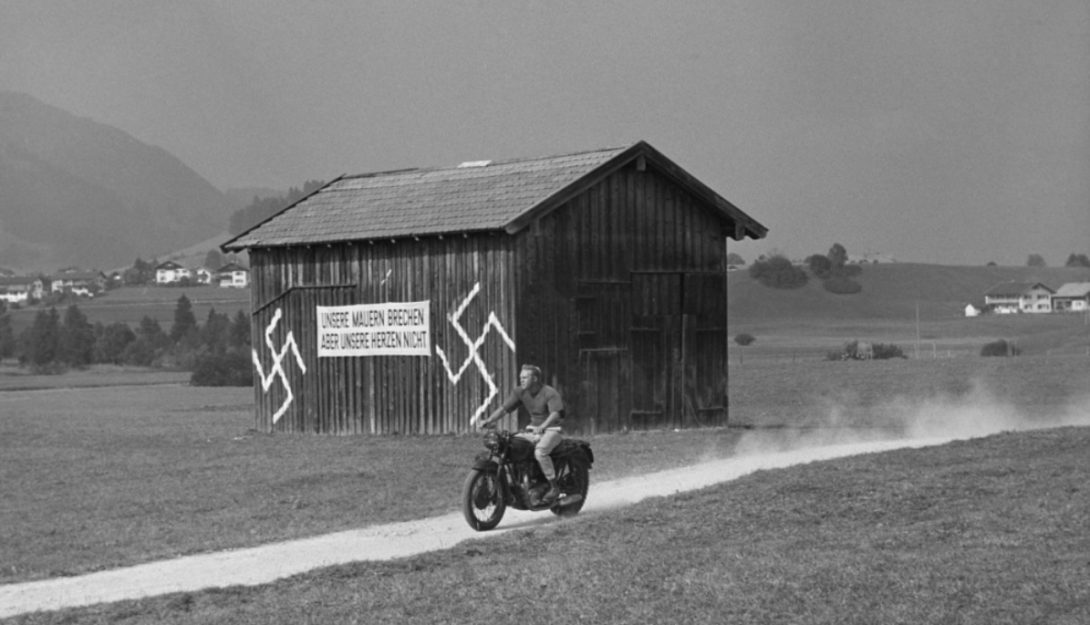 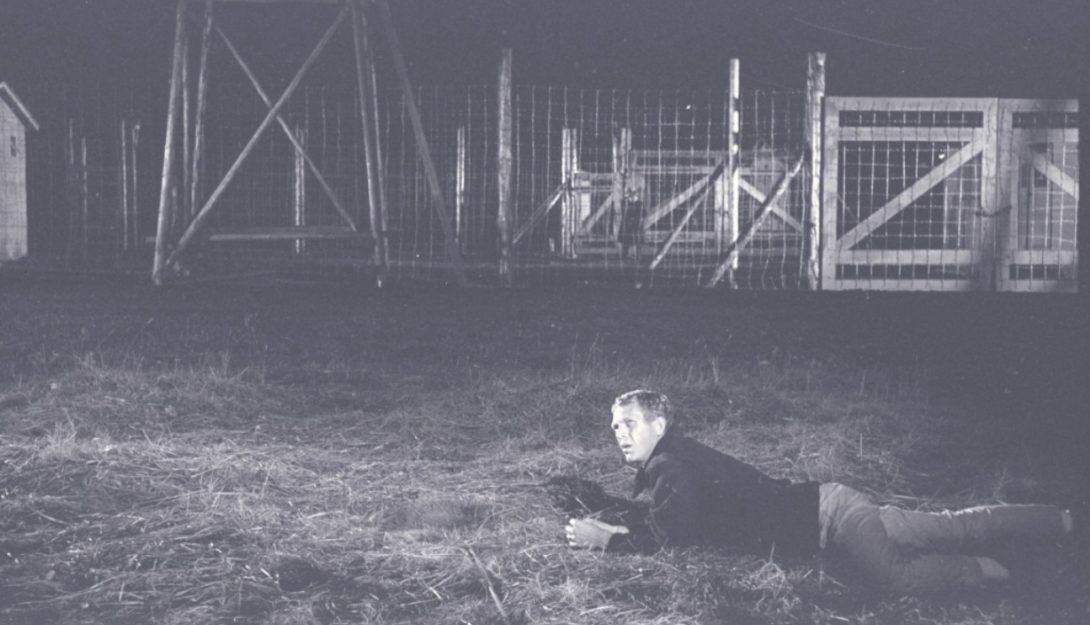 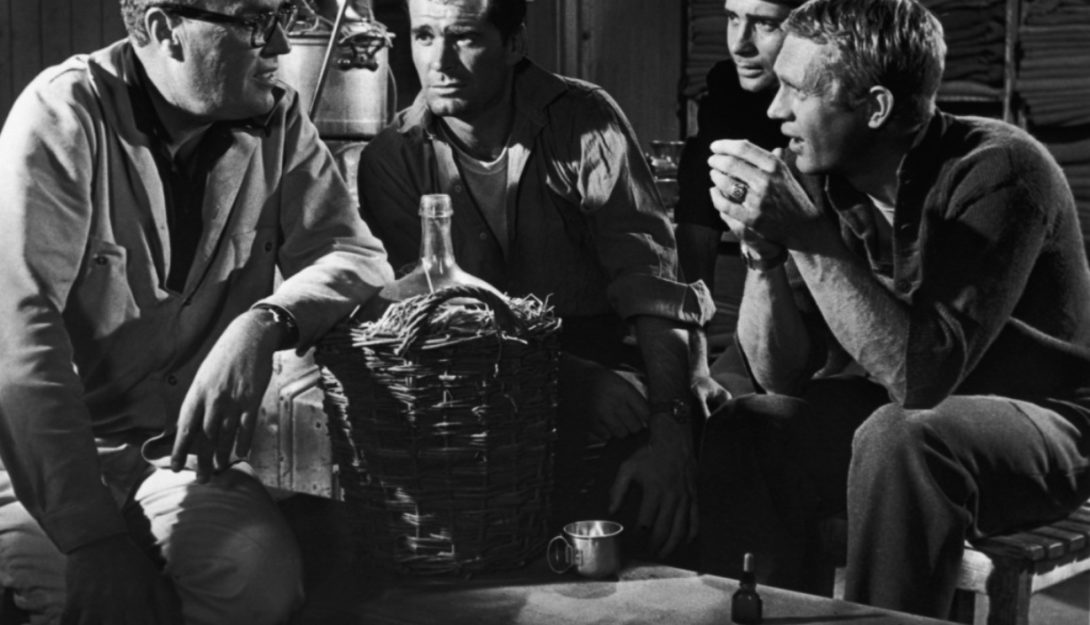 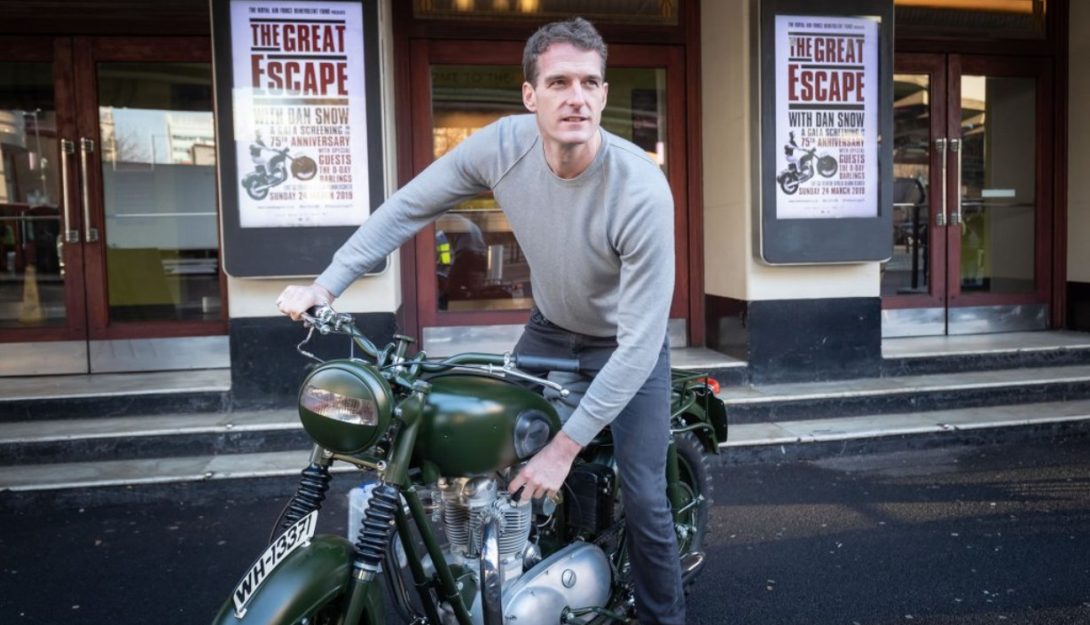 The Great Escape with Dan Snow

75th anniversary of the events that inspired 'The Great Escape'

On the 75th anniversary of the events that inspired The Great Escape, Dan Snow hosts a commemorative evening featuring The D-Day Darlings and special guests, culminating with a gala screening of the remastered 1963 cult film, starring Steve McQueen.

The live show from London’s Eventim Apollo, Hammersmith will feature Britain’s Got Talent finalists the D-Day Darlings, performing classics such as The White Cliffs of Dover, Don’t Sit Under The Apple Tree and a specially created arrangement of the iconic theme tune.

Dan Snow will hear from veterans of the Second World War’s most daring escape and will explore the history and science behind the operation with renowned historian Paul Beaver and Dr Hugh Hunt of the University of Cambridge.

Audiences will discover how Squadron Leader Roger Bushell’s ingenious plan inspired one of the most famous war films of all time.

The Triumph TR6 motorcycle, ridden by Steve McQueen in the dramatic fence-jump scene, will make a rare appearance on stage.

The film, also starring James Garner and Richard Attenborough and directed by John Sturgess, will be screened in stunning 4K and tells a fictionalised version of the real-life prisoner-of-war story. This dramatisation of the true story of a group of British, American and Canadian POWs who successfully escaped from Stalag Luft III in Upper Silesia in March 1944 is arguably the best World War II adventure film ever made.

A host of big-name stars meshes beautifully in this meticulous recreation of the legendary escape.

Although this is a film about courage, Sturges wisely takes a low-key approach, leavened with humour, rather than allowing the cast to indulge in macho antics.