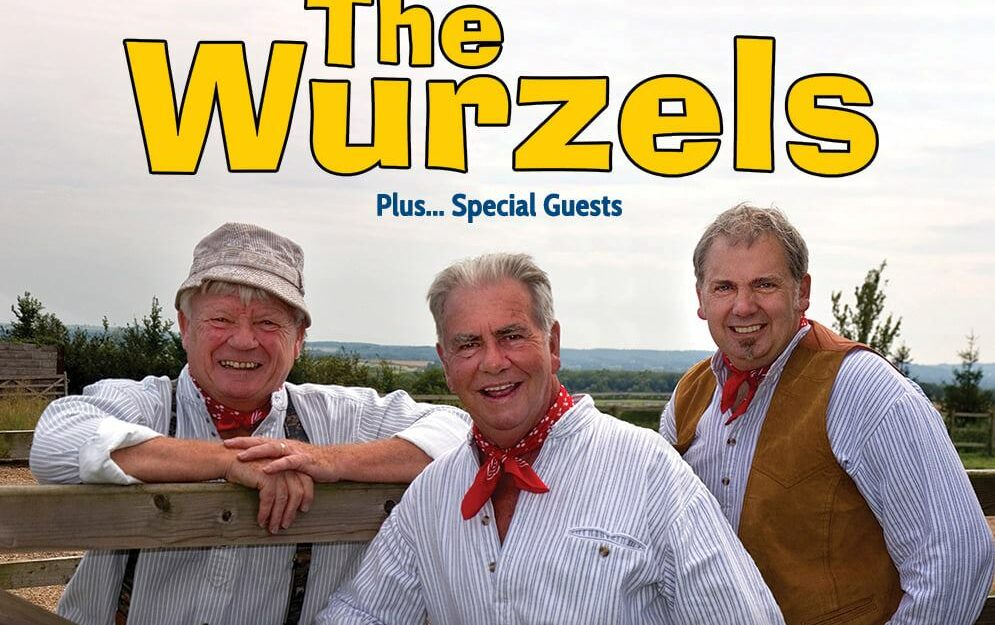 The Wurzels are back in Bridport for their Annual Easter Saturday gig.

The Wurzels are back in Bridport for their Annual Easter Saturday gig.

The Wurzels have paved the way for Scrumpy n’ Western – a genre packed full of double entendre, mainstream parody and a comical folk style.

The perfect accompaniment to cider drinking.

Signed to label heavyweights Columbia and EMI, The Wurzels continue to play over 100 sell-out shows and festivals every year and insist on returning to Bridport!

Their quintessentially West Country cover of Kaiser Chiefs’ ‘Ruby’ has been a massive show favourite of late, as well as their hip hop version of the ubiquitous hit ‘Combine Harvester’

Always a sell out – please don`t hesitate to book now!

SUPPORT :  CORKY
Agricultural hip-hop artist and the world’s greatest Scrumpy & Western rapper straight out of the farmgates of the Dauntsey Vale in north Wiltshire.

Corky has supported everyone from Goldie Lookin Chain to Reef’s Gary Stringer and the star of the US Office, Creed Bratton, and is a regular opening act for The Wurzels.

His debut album Front Pin First is the world’s first agricultural hip-hop album, and he has a loyal, if slightly odd, following from Gloucestershire to Devon.