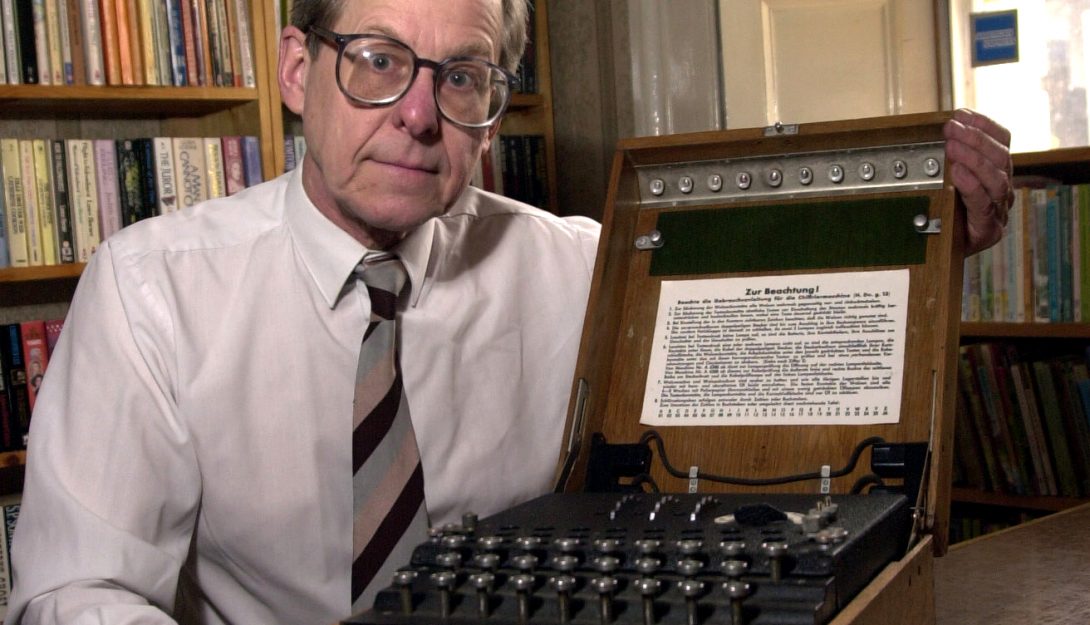 * being rescheduled* Codebreakers - The

Includes Q&A plus a hands-on demonstration of one of a rare Enigma machine.

Due to the current lockdown, this event is in the process of being rescheduled.

Ticket holders will be contacted as soon as the new date is confirmed.

This show by Dr Mark Baldwin is one of the Second World War’s most fascinating stories and is that of the Allied Codebreakers, who deciphered a vast number of German secret messages and used the intelligence so gained to hasten Allied victory.

The Germans had entrusted their secret communications to an ingenious ciphering machine the Enigma, which was portable, easily operated, and could be set up in millions of ways.

The codes were used and every one was changed every 24 hours.

It is generally reckoned that the intelligence from Enigma shortened the war by about two years.

Dr Mark Baldwin has made a detailed study of the Enigma machine, the code-breaking work at Bletchley Park, and U-boats and has built up a unique collection of slides which illustrate the main features of those important facts of the Second World War.

He has prepared an entertaining instructive show on this subject.

The show is divided into two parts.

It is followed by an opportunity for questions, then a hands-on demonstration of one of the very few surviving Enigma machines.